When I did my 50 flavor challenge (50 unique ice cream flavors within 6 months) I put out a call on Facebook for flavor ideas and somebody suggested 'cheeseburger.' They were probably just being a smartass but I saw it as a challenge and it played into my quest for authentic and tasty novelty flavors. I tackled it head on with 3 different variations;

I won't leave you in suspense regarding the results. I wasn't able to crack the code and create the perfectly authentic yet delicious flavor but I had some small wins along the way which I'll describe in more detail below.

Infusing a Plain Base with Cheeseburger Flavor

This variation was probably the one that worked the best as an overall flavor and tasted the most like cheeseburgers. I went out early in the morning to buy some McDonalds cheeseburgers but unfortunately they wouldn't sell me any while the breakfast menu was on so I went to Hungry Jacks (the name of Burger King in Australia) instead and bought three cheeseburgers.

I cut two of the burgers into quarters and added them to 2 cups of heavy whipping cream and heated over a medium heat until just steaming then turned off the heat and let them steep for 2-3 hours.

After steeping I strained the mixture and squeezed as much cream as a could out of the cheeseburgers with a potato masher. The burgers had absorbed quite a lot of cream so I wanted to get as much of that back as possible but couldn't get it all out, particularly from the burger buns.

To finish off I used the standard no churn ice cream method where I whipped the base until soft peaks formed then added an appropriate measure of sweetened condensed milk (usually one can for 2 cups of cream but less in this case as some of the cream was absorbed by the burgers), mixed through, transferred to a container and put in the freezer. 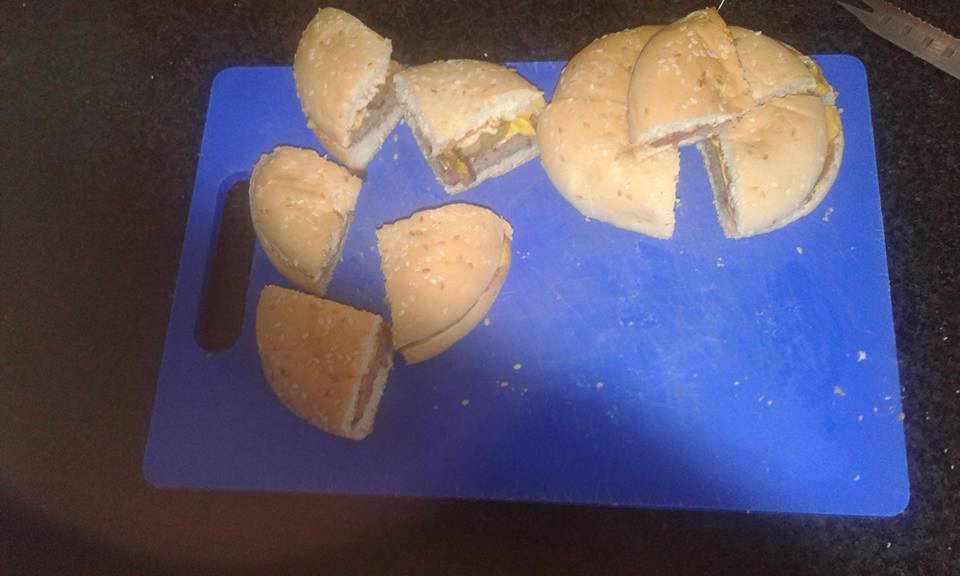 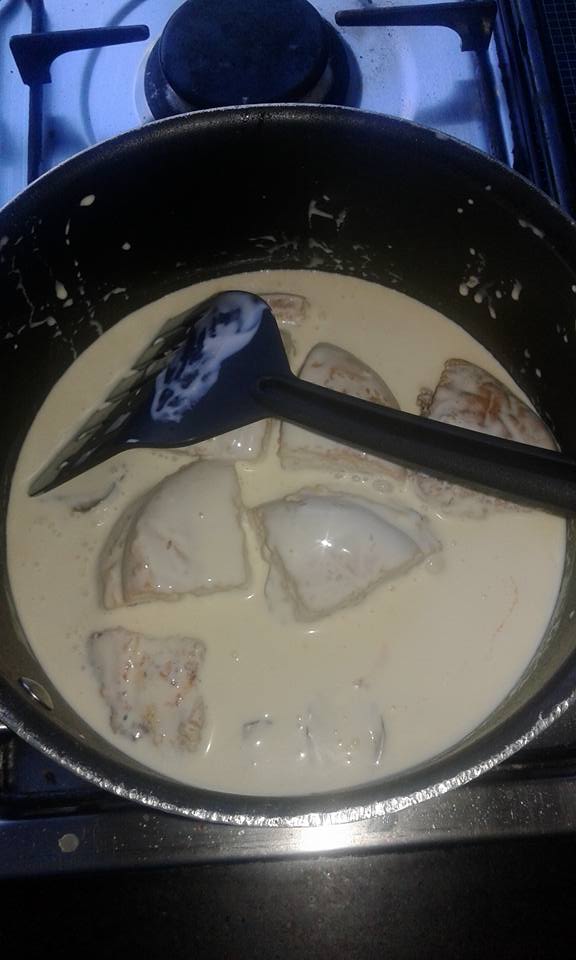 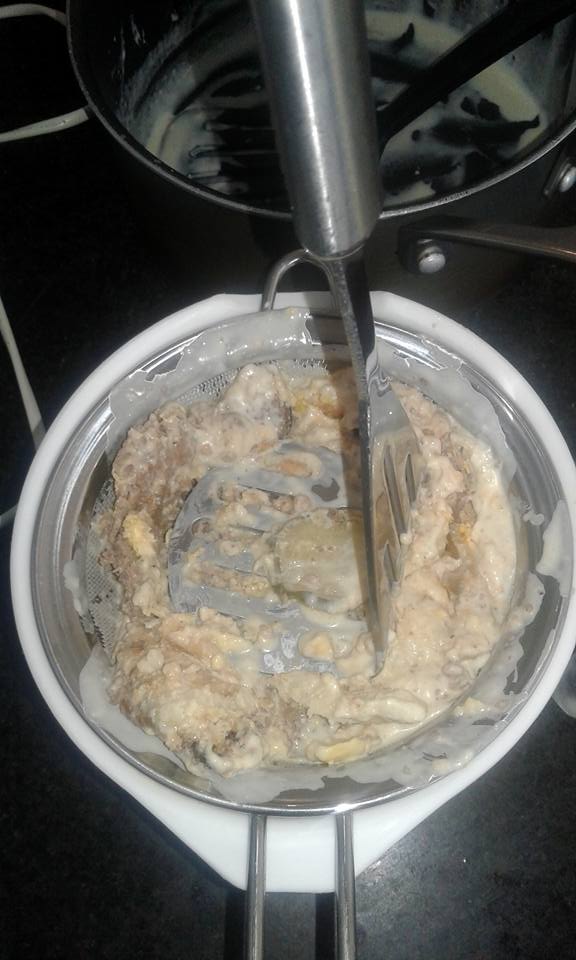 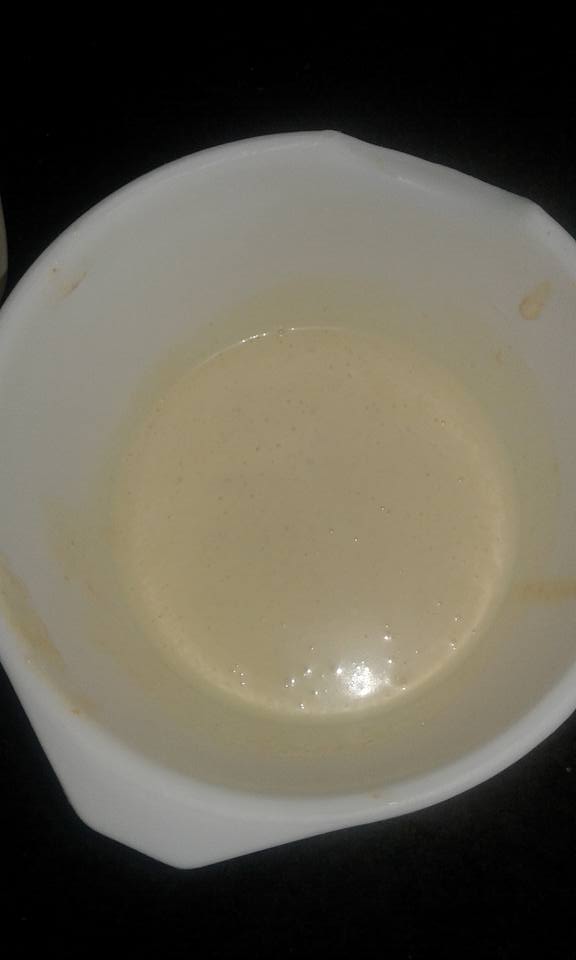 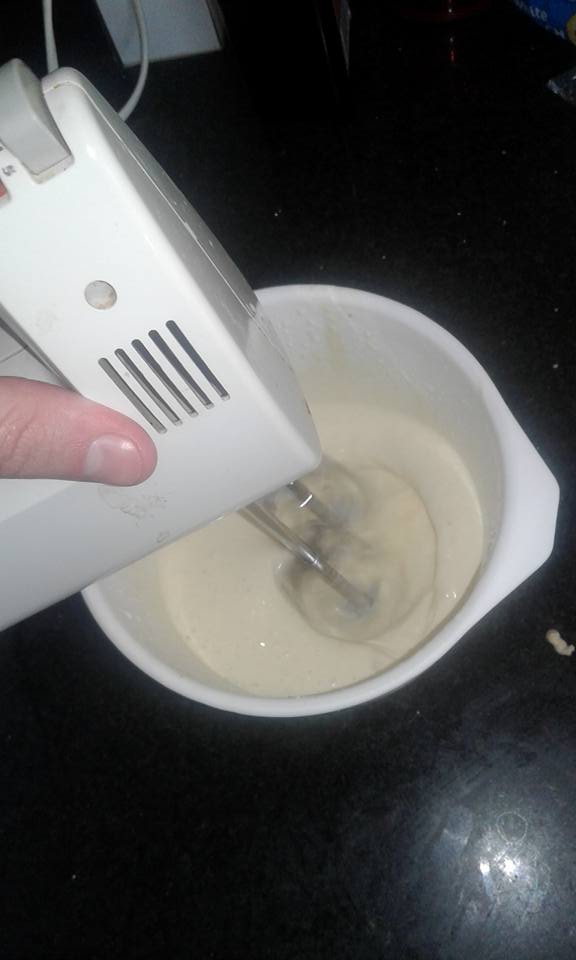 With this variation I wanted to do something a bit different and separate out some of the key flavors of a cheeseburger then add those flavors individually back to the ice cream to create the overall cheeseburger flavor. The elements I used were;

The recipe I used for the breadcrumbs seems to have been taken down but it was similar to the one described here. I seem to have misplaced the cheese ice cream recipe I used but it was pretty standard and you'll find plenty of those online.

I knew that I wouldn't get the full flavor of a cheeseburger from just these three elements given that an actual burger has so much more but thought it might bring some of the essence.

I cooked up some beef mince until it was quite crispy to get rid of most of the water content. At this point I must confess that I can't remember exactly what I did but it was some combination of preparing the breadcrumbs, adding tomato sauce to the mix and candying the mixins with brown sugar which was solidified either by baking or by heating in a pan.

The end result was two meaty, saucy, bready combinations that didn't look all that appetising. Again, I can't remember the exact difference between them but you can check out the photos below if you want to try and work it out.

I added the two mix in variations to the cheese ice cream in two separate batches which you'll see in the final photo but I've included them in this one category as they were pretty similar. 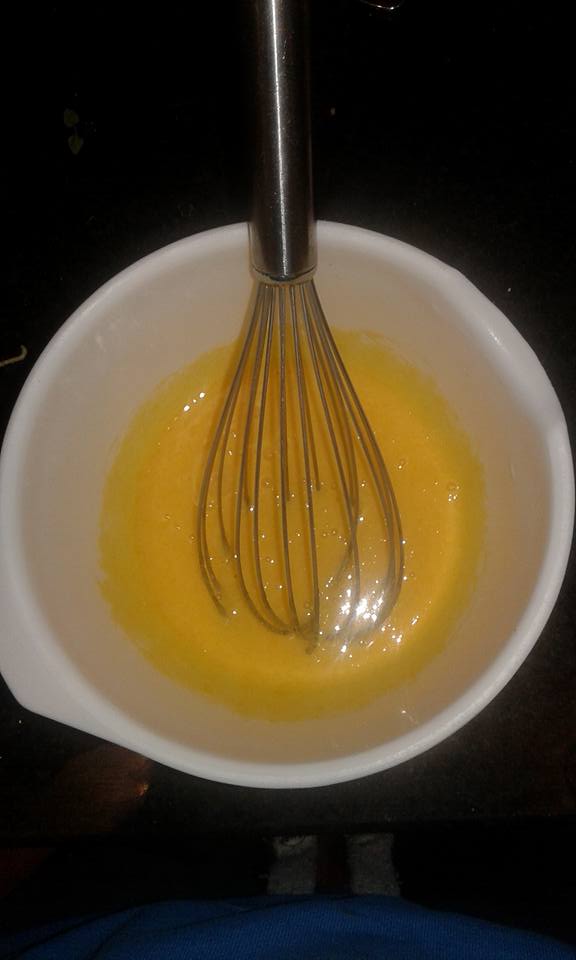 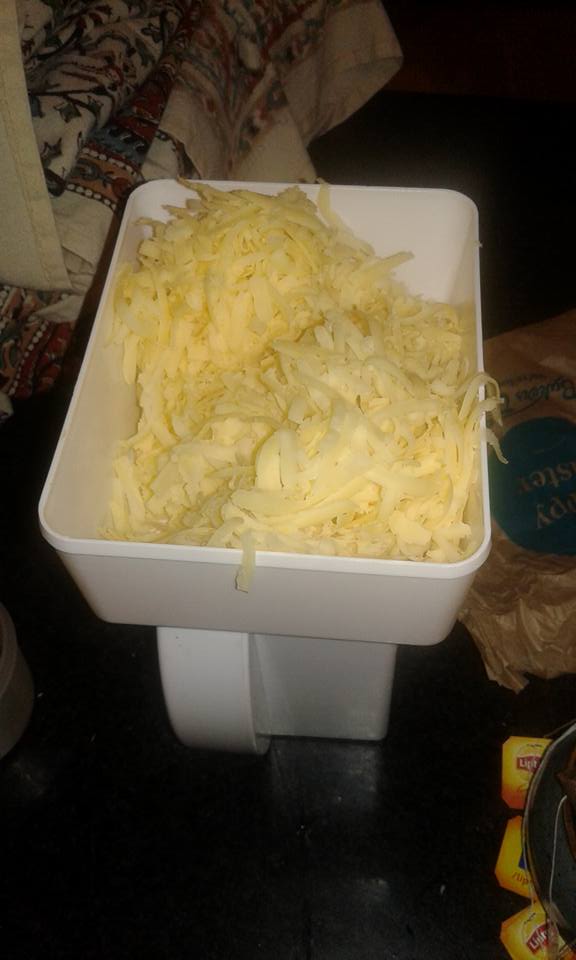 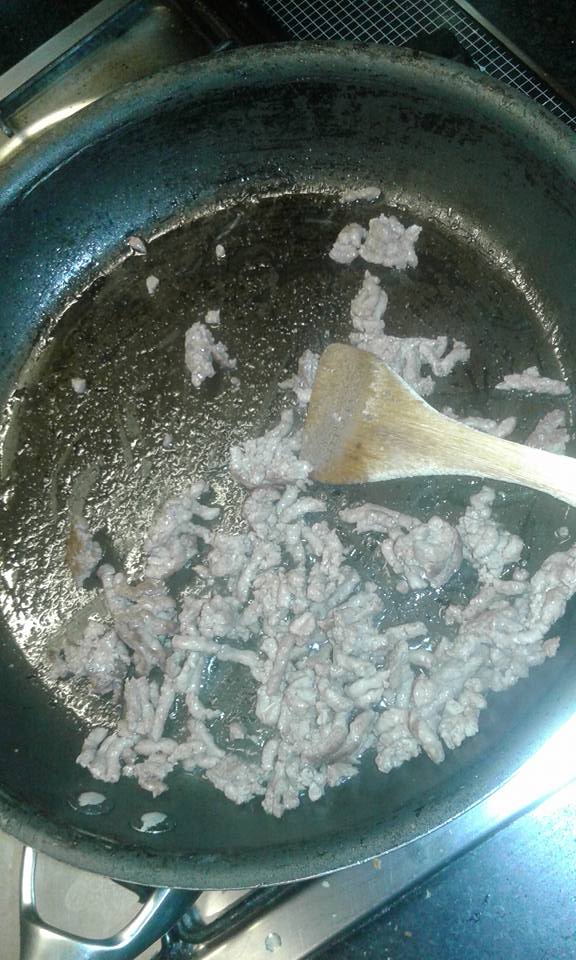 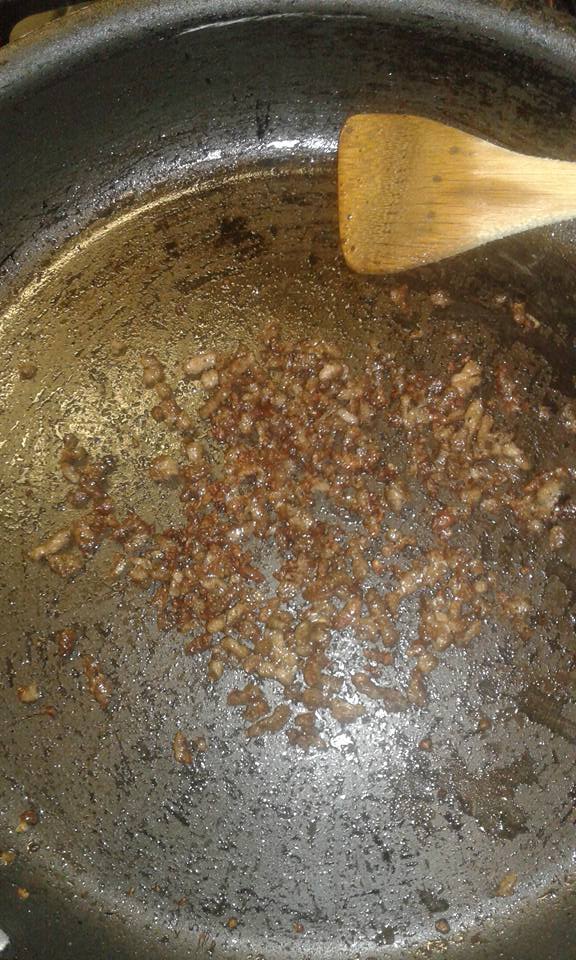 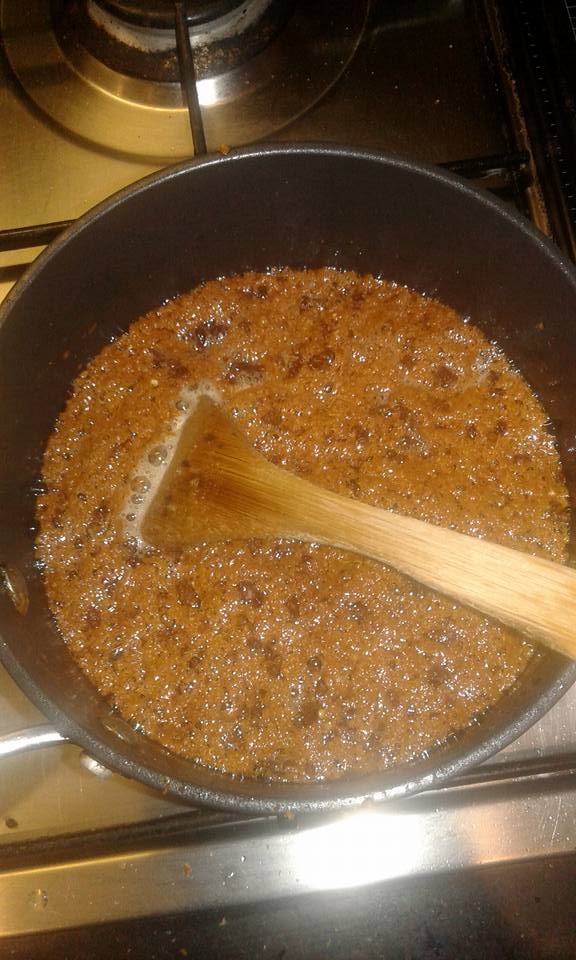 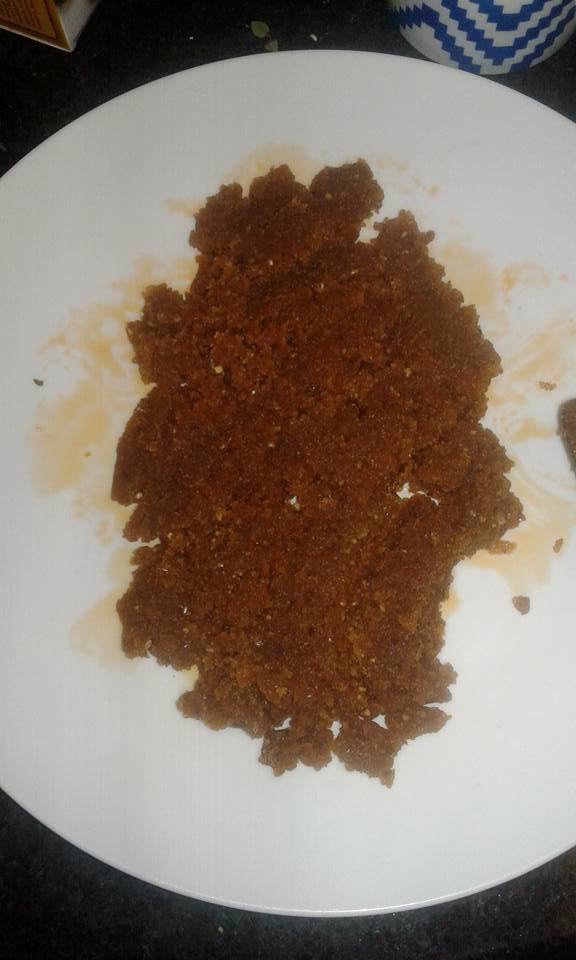 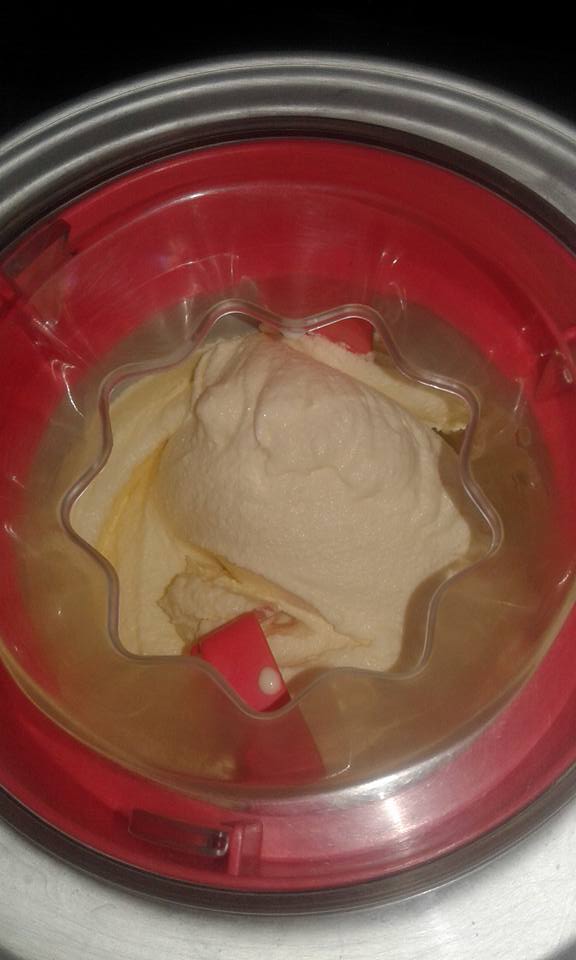 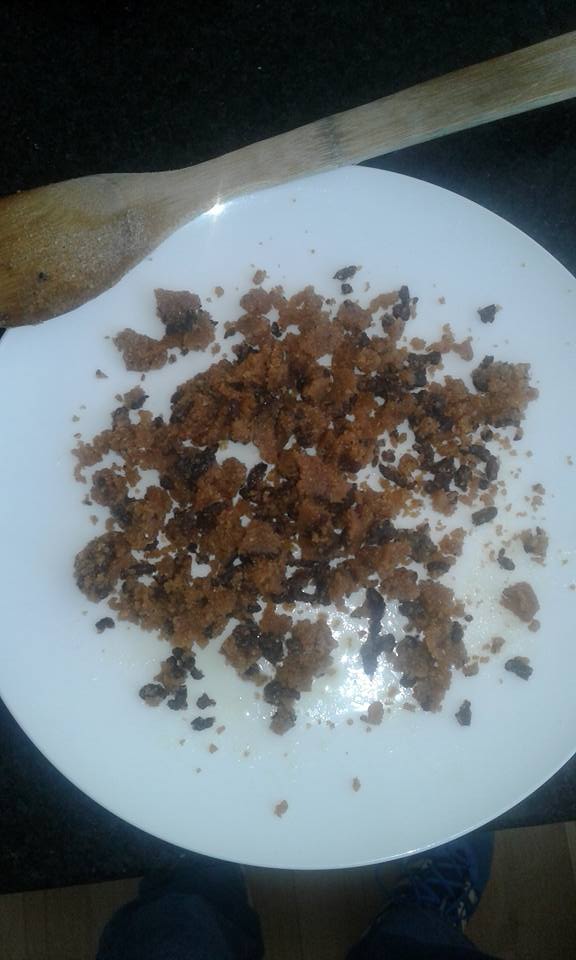 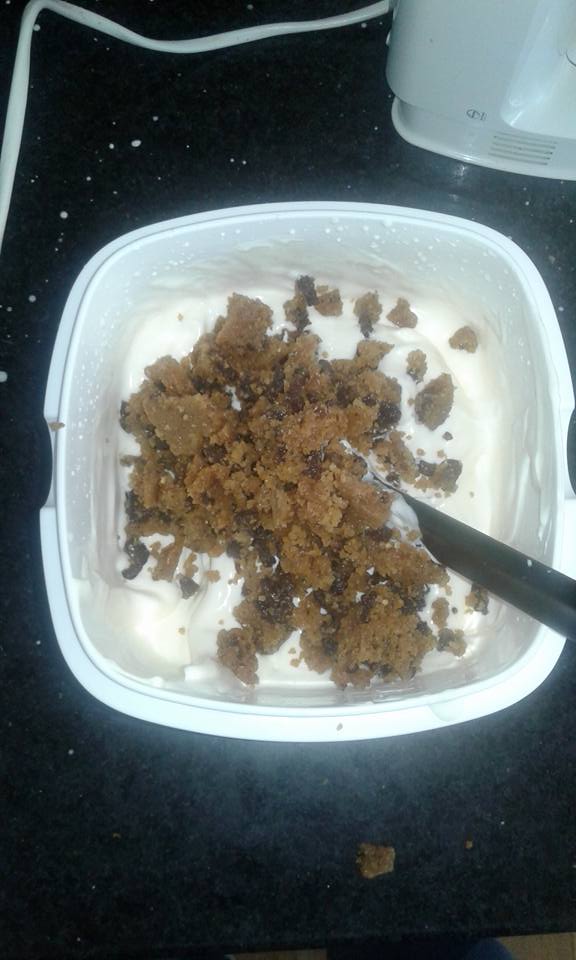 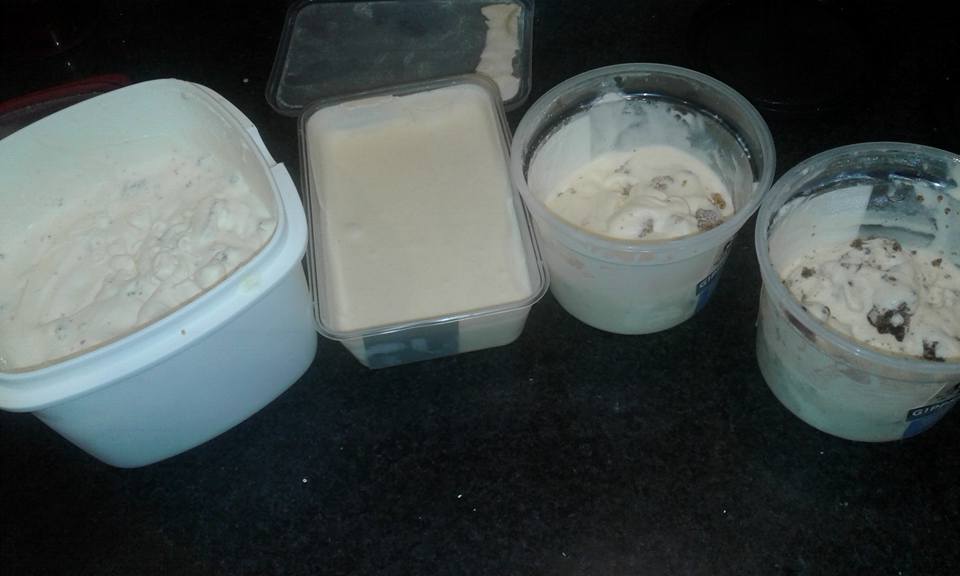 The best batch of the four turned out to be... the 'Steeped' version that I described first. The flavor was subtle but it did actually taste exactly like cheeseburgers including a lot of the nuance. Did it taste good? I think 'good' is perhaps a bit of a stretch. The cream and sugar content were tasty obviously but the realness of the cheeseburger flavor, even though it wasn't that strong, seemed to put most people off.

None of the other batches really tasted anything like cheeseburgers so they score pretty low on authenticity. In terms of taste, second place goes to the third variation: candied beef and breadcrumbs in plain ice cream. The candied mix ins actually tasted decent on their own and the plain ice cream also tastes good so overall this batch was definitely edible but also it wasn't anything special.

As you might have guessed at this point, the second variation with the two mix in combinations that included the tomato sauce came in last for taste. Part of the problem was that the cheese ice cream wasn't great and/or no one that tried it was into the flavor. However, the addition of the tomato sauce has to take its fair share of the the blame. 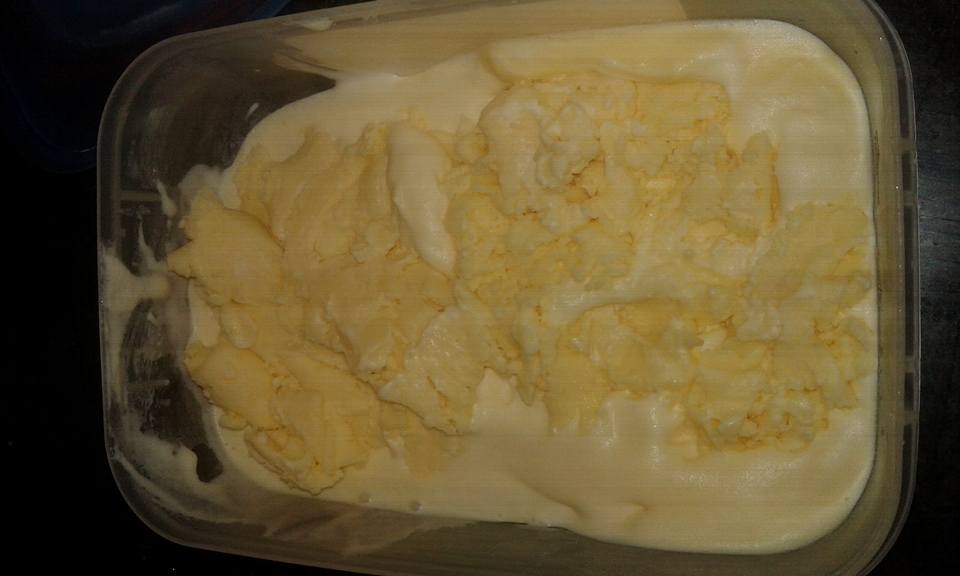 I kept some of the cheese ice cream on its own to try but its such a weird flavor that no one was really into it.

I took one of the saucey mixin variations and the non saucy mixin to a poker game with friends and asked them to try each without telling them what they were first. Most people seemed to like the non saucy version and even continued to snack on it and the saucy version also wasn't particularly badly received although definitely less favored that its non saucy counterpart.

Although I'm used to my ice cream being scoffed up by friends and family, if not me, I wasn't too surprised or disappointed when none of these four batches got finished.

At this point I think I can say there's a good chance that its actually impossible to create an ice cream that tastes reasonably close to cheeseburger but is also delicious but if anyone wants to tackle it, I hope my experiments here will be helpful. 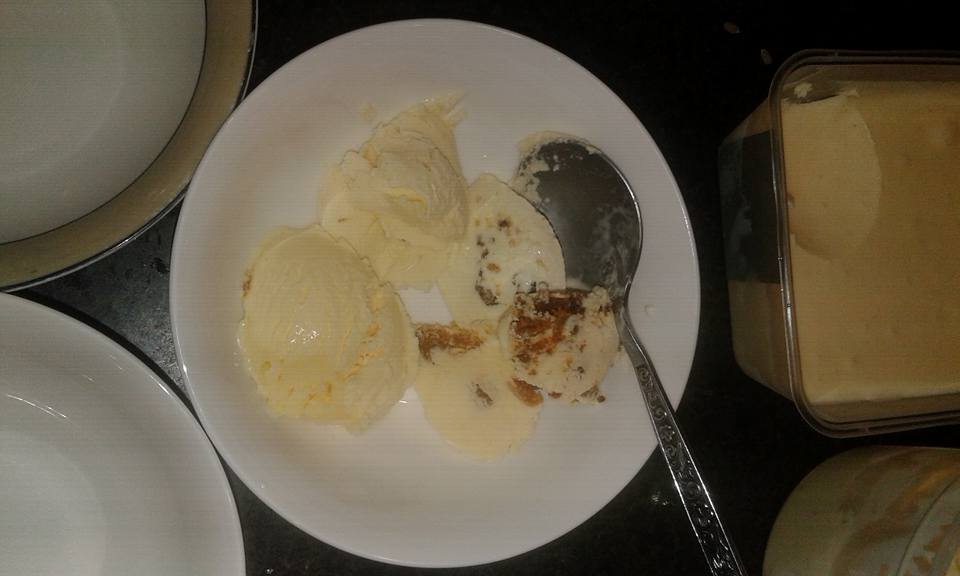