Vanilla - such a simple flavor but so delicious. Its simplicity allows you to enjoy the basic elements that make ice cream so good, without being distracted by the nuances of complex flavors. Vanilla is also where many home ice cream makers will start their journey (I did). In this article we’re going to compare 5 different vanilla ice cream recipes to help you understand the differences and find the recipe that’s right for you. 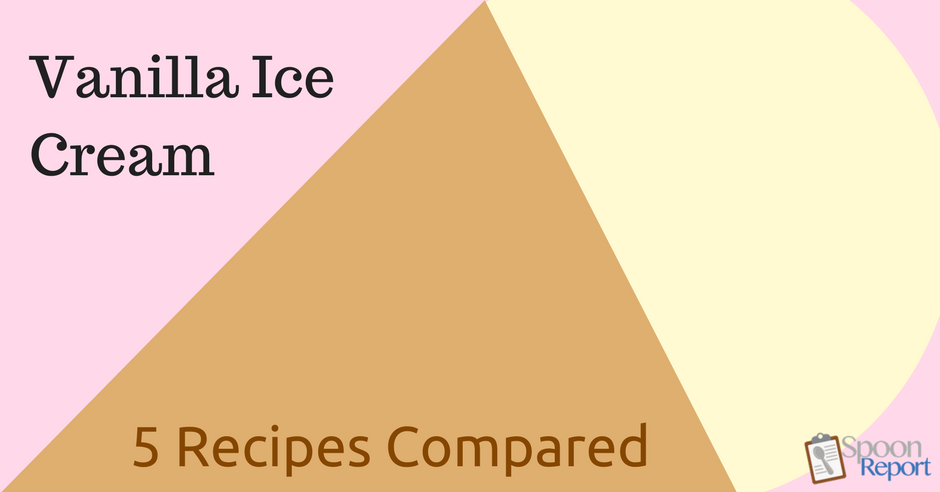 I’ve chosen five recipes from some of my favorite sources. The table below shows a summary of the main ingredients and they’re pretty similar, as you can see. Below the table you’ll find the links to the various recipes. The recipe I actually used for my first vanilla ice cream isn’t included here. I used the recipe from my ice cream maker’s recipe booklet but it was pretty similar to number 5 below.

As you can see from the table above, the ingredients for each recipe are pretty similar. This is mostly due to the fact that vanilla is a pretty simple flavor so there’s less room for variations. However, we will discuss the differences here.

Highlands Scotch Whiskey - this is an ingredient (3 tbls) that I left out of the first recipe as I wanted to highlight it here. According to the author:

“...consider it vanilla enhancement. A good Highlands Scotch shares vanilla's floral and honeyed flavors while adding depth and maltiness. The whisky plays background here: don't tell people it's there and they might not catch it. But it's just the thing to make this a vanilla ice cream of champions.”

You know I love experimenting so this is definitely something I’ll have to try with a future batch of vanilla.

Vanilla extract or vanilla bean - some of the recipes say you can use these interchangeably, some say use one or the other and some say use both. I tend to go with extract because it’s cheaper and easier but you should definitely try the bean to see if it makes enough of a difference for you.

Caster or regular sugar - the main reason to use caster sugar over regular/granulated is that the particles are smaller and therefore they dissolve more easily in your mixture. However, most methods will allow enough time for either to dissolve so I think you can basically use these interchangeably.

Milk - cream ratio - a generally accepted middle ground is 2 cups of cream to 1 cup of milk but you can adjust this for your personal preference. The more cream, the denser and creamier your ice cream will be. The more milk, the lighter and softer.

Eggs - I deliberately chose to include recipe #5 in the ‘Philadelphia-style’ (American-style) to illustrate this difference. The Perfect Scoop recipe book also includes a ‘French-style’ version which includes eggs. The book explains the difference in outcomes as;

French-style: “tend to be smoother and silkier, due to the emulsifying power of the egg yolks…“

Philadelphia-style: “tend to be a bit firmer, freeze harder, and have a somewhat chewier texture.” 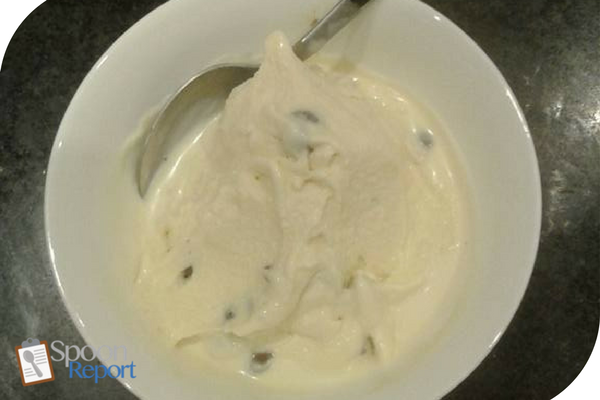 My first batch of Vanilla ice cream (with chocolate chips)

The biggest difference in methodology is between the French and Philadelphia styles discussed above. The recipes with eggs (French-style) require you to make a custard by gradually heating the egg yolks while the one without doesn’t need that step.

I hope you’re now ready to tackle your homemade vanilla ice cream recipe. It might be one of those discussed above, another, or one of your own concoctions. Why not experiment with a few different variations and see if you and your tasters can tell the difference? Once we get into some more complicated flavors, there will be more differences between the recipes. For now, enjoy the simplicity of vanilla and the basic features that make ice cream enjoyable.